Counting calories has been a mainstay of many weight loss programmes for a long time. However from a scientific point of view it would be an amazing coincidence if calorie counting did work. Why is this?

Calories in vs calories out? IN: When you eat food and drink you are actually taking in atoms of carbon-C, hydrogen-H, oxygen-O and nitrogen-N. A few traces of other elements are present, but the amounts of these are very small by comparison. You also take in atoms of oxygen-O when you breathe, for some reason nobody ever seems to take this part of the equation into account.

OUT: You can lose these atoms when you visit the loo. When you defaecate, the atoms you lose will have registered on the scales, but some will have never entered your body, but have been stored in the digestive tract. When you urinate you lose atoms that have been part of your insides. (Technically the tubes for your digestive tract and airways are outside of your body). You also lose atoms when you breathe out carbon dioxide-CO2 and water vapour-H2O. Carbon dioxide and water vapour make up 10% of the air you exhale and represent a possible route for atoms from carbohydrate, fat and protein foods to be released. Atoms of hydrogen-H and oxygen-O are also lost in the water-H2O that we lose as sweat. Shedding skin and hair are also other ways to lose atoms from the body. So to summarise:

You are unlikely to find the above approach to weight management anywhere else, largely because nobody has developed it into a workable system. However, I have brought it to your attention so that you become aware that counting calories is not some absolute measure of our capacity to gain weight, but at best an approximation of how mass accumulates in our body.

Are all calories equal? 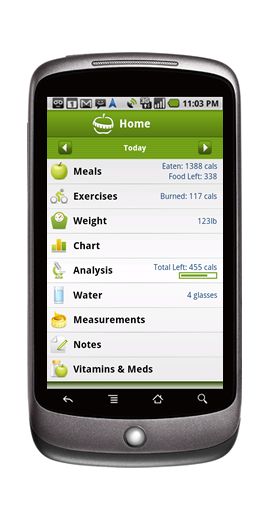 This is one of the most contentious questions in nutritional science. The answer is quite simply that not all calories are equal in terms of their potential effects on your body, including weight gain. Let's consider some ways in which calories are not equal to others:

So calorie counting is at best an approximation, but does this mean that it is useless for controlling weight? This depends on the person who is trying to change their weight. There are a number of reasons why it can all go horribly wrong.

Whether you should completely ignore the amount that you consume is another matter entirely. Portion control can make a lot of sense if you are trying to change your diet and lose weight.

Calorie counting is all about the energy that can be liberated from food and liberated via exercise. However, it does not account directly for what gives the body mass - all its atoms! Calorie counting is a useful tool, but I get frustrated that almost everyone involved in the field of nutrition and dieting, use calories as an absolute measure that can be relied upon.

My take is that calorie counting is for a few special cases, often with support from a professional. It is not an approach to be taken on by yourself if you haven't considered all the possible long term outcomes. You will be best off changing your diet around to include no junk food and instead eat plenty of fresh meat, oily fish, seafood, nuts, fruit and especially vegetables.

Portion control and exercise are additional tools that are worth using if you have a specific weight loss goal. You need to review your weight change at the end of each week, and adjust portion sizes and exercise regimes to reflect the progress made.